'Proud to be a voice for youth': a national TV show for Tunisian teens

In Tunisian society, young people barely have a say about their future – and their present. TV programme Lokhrine will give them a voice on national television and social media. During a media camp supported by Free Press Unlimited, two dozen youngsters came together to learn how to produce professional video reports for the programme, about the issues that matter in their lives.

Safa Jobrane, 15, has big plans for the future. “I want to be a journalist to be the voice of the voiceless,” she says. “My ambition is to be a famous journalist on the biggest TV-channels and the most important programmes.”

Safa lives in the city of Gabes, east Tunisia, where she goes to school. In her spare time, she is a citizen journalist for local radio station Radio Palma. “I want to show Tunisian society in a good light, but also talk about problems like poverty and unemployment,” she says.

She is one of 25 young people who have travelled to El Kef, a town in northwest Tunisia, to participate in the media camp. Throughout the week, Safa and her peers practise every step of the TV production cycle. The hotel hosting the media camp has become a hive of activity. Upstairs in the classroom, lively discussions take place on journalism ethics and the teenagers huddle together in group work sessions to nail down their angle and prepare interview questions.

Small groups of youngsters leave with their camera gear to shoot footage on the streets of El Kef and inside the houses of their subjects. One room has been turned into a studio including a green screen. Here, participants learn about presenting, lighting and making graphics.

After the camp, the youngsters will use their new skills to create 59-second video reports. These will be combined in a weekly television programme called Lokhrine, to be broadcast on national channel El Wataniya 2, starting this year. The videos will also be shared on social media platforms where many young people in Tunisia get their news and information, including Facebook, Instagram and TikTok.

“I’m proud that I can be a voice for youth,” says Safa.

Lokhrine means ‘The others’ in Arabic. In a country where young people are barely visible in the public debate and media coverage focuses heavily on the capital Tunis, the programme is a venue for fresh perspectives.

“We keep telling the youth that they are the future. This is a big mistake, because they are the present,” says Hazar Abidi. Abidi is the editor in chief of Jaridaty, the network of citizen journalists aged 15 to 18 who will make video reports for Lokhrine. The young journalists all have experience making radio through local youth clubs. With short videos for TV and social media they will reach new audiences. “My hope for the programme is that people, including the youths themselves, understand that being a teenager doesn’t make you less relevant,” Abidi says.

She continues: “The main philosophy [of Lokhrine] is to show that we are all the others. We all have stories that are important to be seen.” Abidi believes that local stories directly impact many Tunisians and deserve to be more prominent in national media. “The more specific and decentralised you get, the more you can really solve things. A hole in a street is relevant to everyone in that village. A few months ago a street got fixed after Jaridaty youth turned up to film. It hadn’t even been broadcast yet. The simple fact of seeing young people with cameras and doing interviews spurred authorities into action. I think this is Jaridaty.”

Oumayma Ben Fguira, 22, wants to be a journalist to address taboos in Tunisian society. “Some people just try to ignore any subjects that are related to sex, like rape, sexuality and gender discrimination. I want to dive into those topics,” she says.

Jaridaty was created by Al Khatt, a partner organisation of Free Press Unlimited, in the wake of the Tunisian revolution. Newly gained democratic rights and freedoms brought the imperative to make sure all Tunisians are heard, including young people far from the capital. Now, Free Press Unlimited is collaborating with Jaridaty to create Lokhrine.

Jan-Willem Bult, youth media expert at Free Press Unlimited, is coaching participants during the media camp. “I want to enable them to be their 17-year-old selves and think about creative storytelling formats that break the mould, rather than emulate what’s on Tunisian national television today,” he says.

Wejden Ben Hamida, 17, is also at the camp. She joined Jaridaty partner Metline Web Radio two years ago, in her native Bizerte. One of the reports she works on in El Kef is an interview with a young, local rapper, at his house. She conducts the interview while her two teammates make sure the video and audio is just right. Wejden is happy about the new skills she’ll be taking home. “I learned how to shoot, how to choose the right location and how to be self-confident,” she says with a smile.

Wejden has no shortage of ideas for how Tunisian media can be improved. “I don’t like the national popular media at all. Their programmes come across as fake. They don’t represent us. They deliver an image of a Tunisia that is super rich,” she says. “We are not like that. We have problems, like poverty. But while Tunisia might not be rich financially, it is rich in ideas and skills. I want to show that in the programmes I will make one day.” 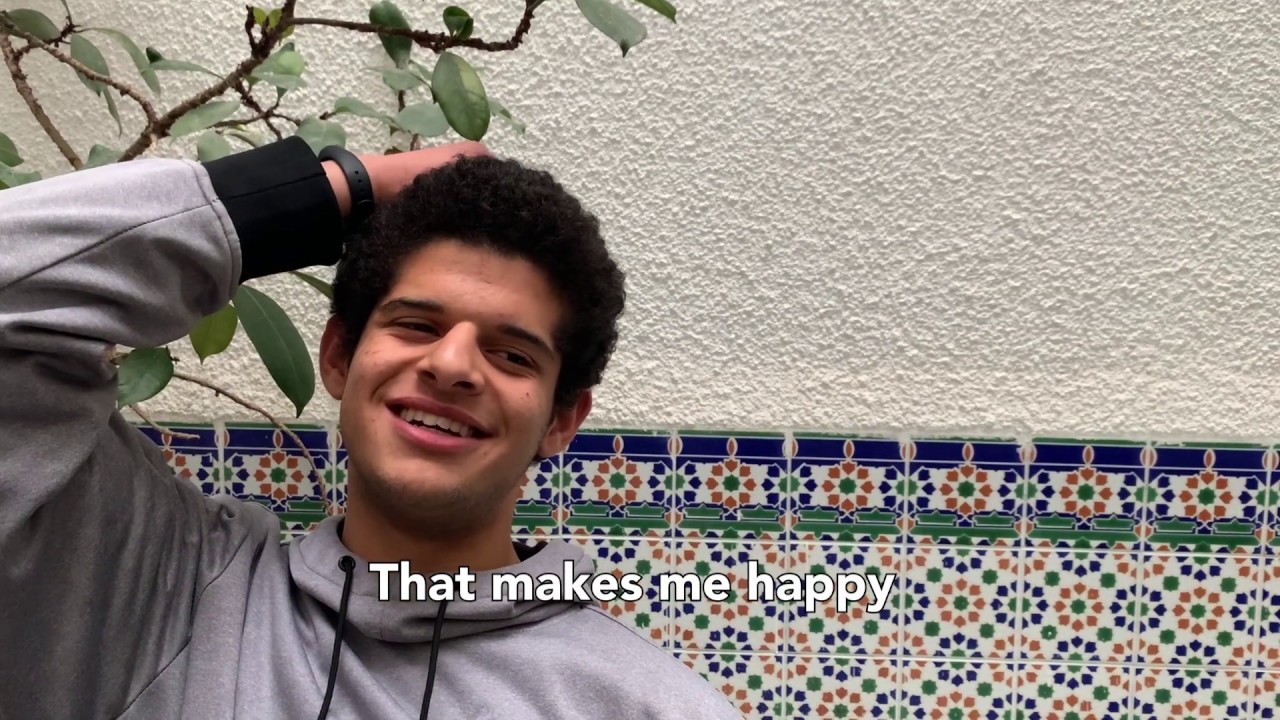 Meet Hamdi Belhaj (18), who participated in the media camp

Around the world, local journalists put their safety – and frequently their lives – at risk to provide their audiences with unbiased news and information. When you’re standing out in front, it’s good to have people behind you. That is why we work hard at Free Press Unlimited to offer these champions concrete support.

Would you like to help brave journalists keep their audiences informed about what is really going on in the world? In that case, join us and become a friend of Free Press Unlimited!