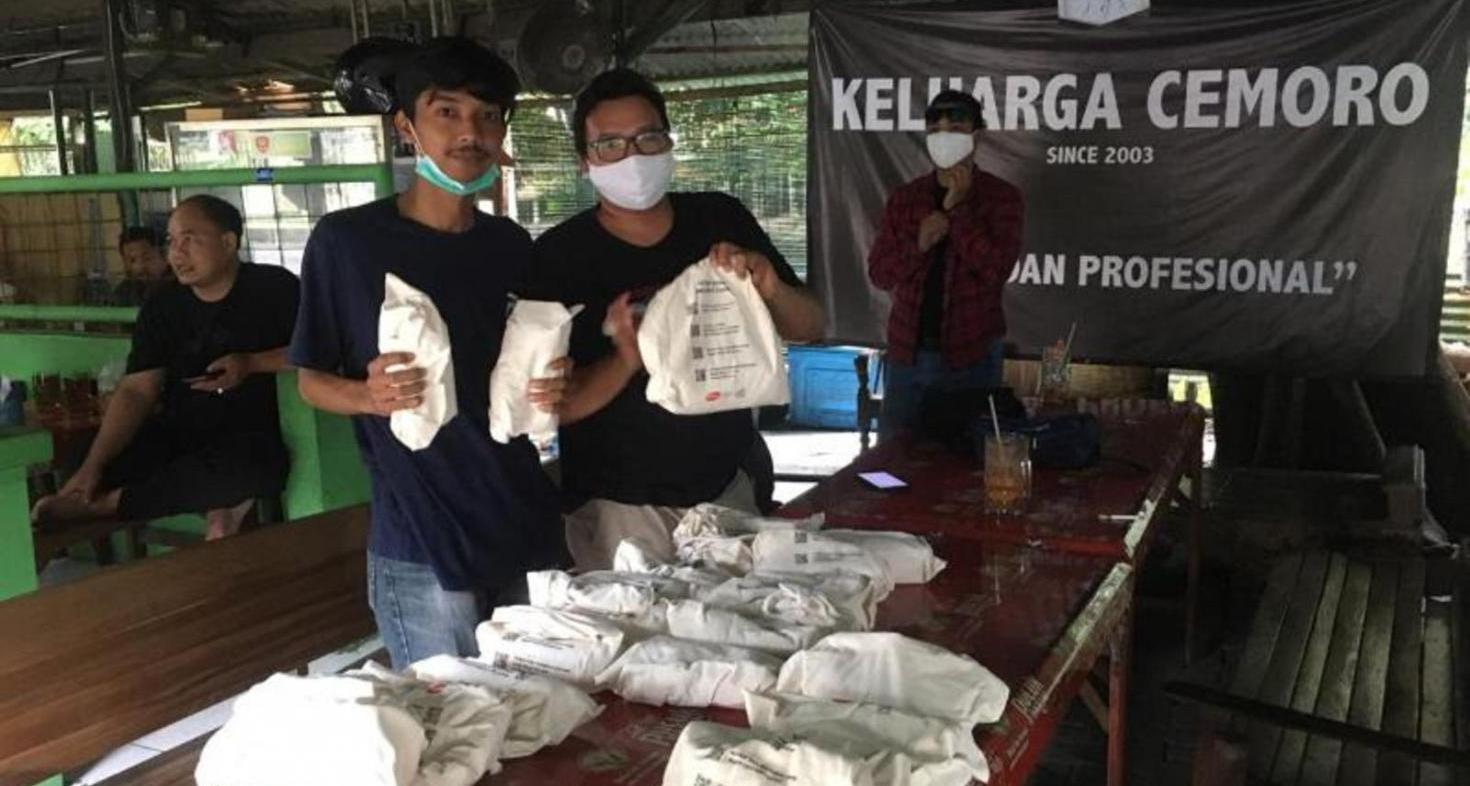 While Covid-19 is spreading fast in Indonesia, citizen journalists are fulfilling their important role of bringing information about the Covid-19 crisis to even the most remote areas. Thanks to Free Press Unlimited partner PPMN, they no longer do this without protection. PPMN distributed protection kits all over Indonesia to help journalists continue their work.

In Indonesia, the pandemic has not yet reached its peak, with 28,233 confirmed cases and 1,698 deaths as of 3 June, and an average of 626 new cases per day over the last week. An overwhelming number of Covid-19 patients are coming to hospitals that have limited resources. “The main hospital in Ambon had to close down temporarily because too many medical workers became infected,’’ says Eni Mulia, Executive Director of PPMN.

This alarming situation has sparked the great empathy common to the Indonesian culture. “Everywhere, people are starting initiatives to gather food for people who have lost their jobs, and masks and hand sanitizer for hospitals,’’ Mulia says. “You can see similar actions among media organisations, who started a white label campaign. They produce content about the pandemic without a watermark or logo, that can be easily shared among them and distributed to different audiences. Hundreds of media organisations across the country joined.’’

Access to information is extremely limited in remote areas, and the information that does reach them is often already out of date, having been slowed down by the bureaucratic system that exists between cities and districts. “Citizen journalists are an important source of information for people living in remote areas, especially now,’’ says Mulia. PPMN has been supporting and training a large network of citizen journalists for some time now. Mulia: “Citizen journalists work with local media to inform the people about the virus and how to prevent infection. Together they initiated an information campaign, broadcasting talk shows on community television and radio, and distributing posters and short video messages. This is mostly done through WhatsApp and social media, which proves to be the most effective at the moment.’’

Citizen journalists also report on the impact of the pandemic on the communities. “For example, they report on how locals are growing food on their own land, now that there is a lack of food in the local markets. This is an important story to tell, as it really shows the resilience of the people and the solutions they come up with,’’ Mulia says.

Many local journalists have not received any assistance since the Covid-19 pandemic was detected in Indonesia. With funding from Free Press Unlimited, PPMN carried out a large-scale operation to distribute packages containing protection material to local and citizen journalists across all Indonesia. The packages contain reusable masks and bottles of hand sanitizer, and also information on how to report safely during Covid-19.

The procurement and distribution of the protection kits was a real challenge. Mulia: “Of course these protective resources are scarce at the moment, and this drives up the price. The fact that they needed to be delivered in distant areas, like Papua, made it even more difficult. Because the hand sanitizer is a liquid, we could not use airplanes and had to ship everything, which delayed the process.’’

By 20 May, PPMN succeeded in distributing protection kits to 1,500 journalists in 18 cities spread over 10 provinces in Indonesia.

Exploring the added value of climate journalism for Iraqi society

On 17 May 2021 Free Press Unlimited organised a webinar on the question: How can Climate journalism increase resilience, peace and stability in Iraq?...

Free Press Unlimited is greatly concerned about the recent arrest, interrogation and raid by Russian security forces of Roman Anin, one of Russia's...

A Mexican journalist gets shot, who is going to cover the medical bills? A Honduran freelancer gets attacked and injured at the border, who is looking...