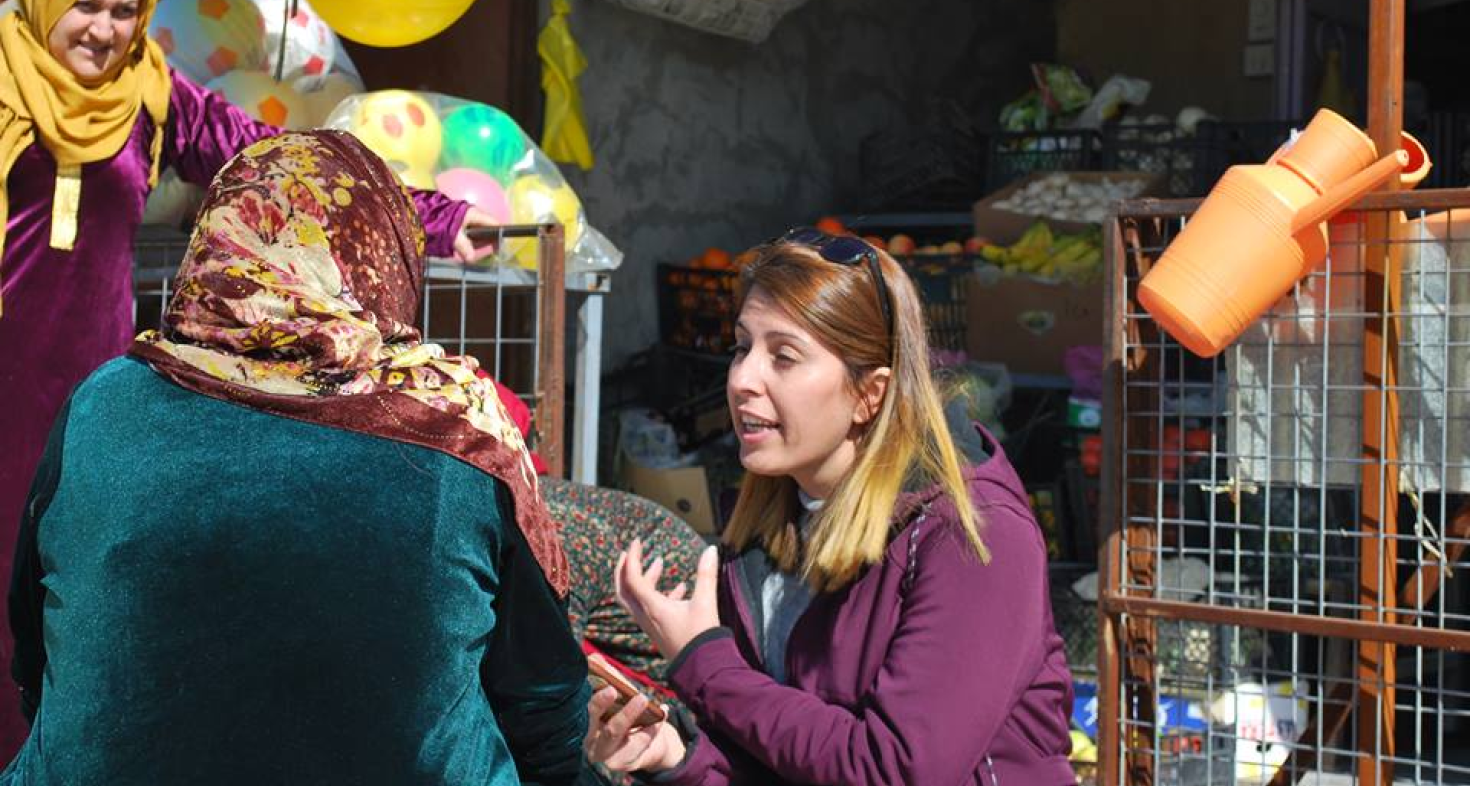 In 2023 a new safety project will start in Iraq, and independent media platform KirkukNow will be one of the partners joining the project, receiving support for their online and offline safety. We speak to KirkukNow editor-in-chief Salam Omer about the struggles and dangers of reporting in Iraq’s disputed territories.

KirkukNow has been a Free Press Unlimited partner since 2011, and is the longest standing independent media platform in Iraq. The environment for journalists in Iraq is challenging, especially in conflict areas like the disputed territories that encompass areas in four provinces in the country’s north. KirkukNow is able to ensure access to reliable information because of a network of reporters spread throughout the disputed territories.

Salam: “We are very grateful for the continuing support we have received from Free Press Unlimited throughout the years. There are two main reasons that our partnership works so well and has been so inspiring. Firstly, we have the same strategies in doing our work which is very helpful, and secondly, we have always felt that the independence of our newsroom was respected. And we always stayed in touch, even if there were no active projects running.”

What is the goal of the new safety project* starting next year?

“The project aims to support independent media platforms in Iraq with implementing safety procedures offline and online. This is very important because we are working in a very challenging and difficult environment. At KirkukNow we have built experience and understanding on safety and security issues when it comes to dealing with conflicting parties, and how to report in these circumstances. We have learned over time how we should maneuver this. But creating and implementing an actual procedure for this that secures this knowledge and makes it easy to share among colleagues, is very important.”

What are the main challenges for journalists in Iraq?

“Access to information has always been a big challenge. It's very difficult to get access to the right sources. Because of the various conflicting parties that control different areas, we sometimes have to cover stories in certain towns where eight up to even twelve armed groups are stationed. We always have to have multiple press registrations, for example one for the federal government in Baghdad and one for the Kurdish controlled areas in the North. Because they don’t recognise each others registrations, we have to have both to be able to work in both areas.

Financial sustainability is also a very big problem because there is no core support. And most areas we work in are disputed areas where there is little development, and militias have control over almost everything. That's very challenging.”

What helps you to still be able to do your work as a journalist?

“Our strategy from the beginning has been to recognise all parties. Because according to the Constitution, both parties are legal entities and have the right to be there. We make it clear that we don't have a problem with registering at and working on both sides. We also try to have an inclusive team, with freelancers that come from different areas. That has helped us to connect to local officials, helping us to maneuver between parties, and practice objective reporting.”

What happens when you are openly critical of one party, how do they respond?

“It's very difficult for Iraqi politicians, military commanders, and non-state parties to be open to criticism. This is also where our inclusive team and reporting can help us because we are able to ask everyone for their opinion. And we use a lot of data which makes it very difficult to reject our critique. However they do put pressure on us, harassing our journalists online for example, and sometimes they arrest them. But still we have been able to keep operating.”

What do you think is most needed for media and journalists in Iraq to be safe?

“Based on our experience, we see that a lot of media do not report professionally, according to the fundamentals of journalism, and that causes a lot of problems. They become targets for the other conflicting parties. So training on journalistic principles is needed. Another thing is financial support, because most media are not financially independent, which makes them more vulnerable.

Besides this, we see that the government doesn't have a vision for independent journalism, for journalism as a fourth estate, and very few Iraqi politicians make a difference between propaganda and quality journalism. This is a big issue as well. Many of them don't really know, but also many of them have deliberately used propaganda as a tool for their political ends.

In general, independent journalism and international media organisations need more support, and also need a revision of strategy to build capacity and support the remaining independent media outlets for the long term.

*The project started in 2022 and is funded by the Dutch Embassy in Iraq and implemented by UNESCO and Free Press Unlimited. It intends to establish national safety mechanisms and enhance the capacity of independent media to ensure the protection of journalists, with a focus on the specific needs of women journalists.

Despite the growing global attention for the safety of journalists, the current reality is that journalists are at an unprecedented level of risk...

1 year since the fall of Kabul: a detailed account of the evacuation

When the Taliban gained more and more territory, eventually entered Kabul, and took control over Afghanistan, it was pure chaos. For Free Press...