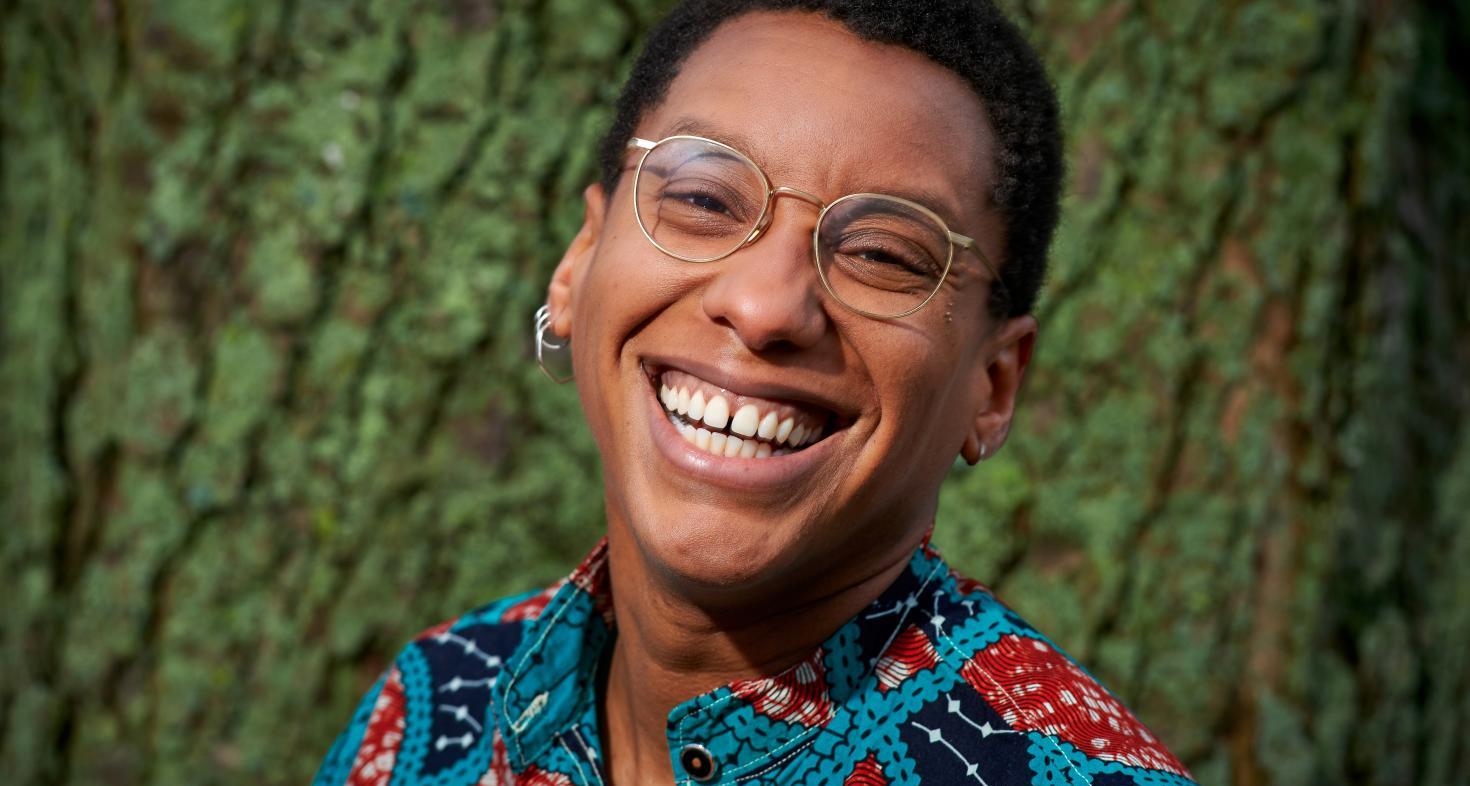 During the Media4Women campaign we highlight Gender Equality Champions: women who are already working towards gender equality in the media. Marie Ricardo is the director of the Dutch branch of LHBTI advocacy organisation COC. “We have reached a point where it needs to change, and it's going much too slowly.”

Data tells us that worldwide only 24% of people written about are women*, but less is known about the representation within this group of non-cisgender** women. “I think that diversity is very low and that we still have a long way to go," says Marie Ricardo, since November 2020, strategic director of COC Nederland, the oldest LHBTI organisation in the world.

What role can data monitoring play in improving the representation of the LHBTI community in the media?
“I think that collecting data, monitoring and critical examination is always good, but there is a downside. It also creates a new, closed category. Because if we simply monitor the gender balance between man and woman, the question arises for me 'what constitutes a woman?' If you keep seeing the same image of what a woman or a man is, then you underline and reproduce those gender norms. This in turn is problematic for a more diverse representation. We often want to categorise in terms of man/woman/transgender/other, but I would argue for breaking those frameworks. Why not have and-and? A transman can, for example, identify as man, but may not feel comfortable in the cisman box. If you could tick two characteristics, transgender and man, that is a better fit for that person's experience.”

In 2019, through the Dutch written media, the population mainly gets the impression that transgender people are women, white and between 17 and 34 years old***. Why do you think that, if this group is already being written about, it is still not a diverse view?
“I think that it shows how privileges work in society, but also within segments in demography and target groups. It has to do with access to media, access to resources and access to power. My reality as a more highly educated, black, non-binary person, is not the same as someone from a different social class and background. That is the intersectionality within a group. I think that the development of trans persons who are black or Latino is a little more difficult than that of white trans persons. As a result, this group has access to more resources, like the media, than the other group. Consequently, you see that studies are often about groups that are more visible within the invisible group.”

You can see that the media is still struggling with it. For example, an article in Dutch media about Nikkie de Jager, the first transgender who is going to present the Eurovision Song Contest, caused a stir. The headline read: ‘Transgender presents Eurovision Song Festival’. The headline was corrected after a wave of external criticism. Where is it going wrong?
“That a newspaper goes as far as publishing something which states ‘Transgender presents…’ makes me realise that we still have a long way to go. This has gone through many layers that have approved of it. I was delighted to see that there was such outrage in a section of society and that this was also given enough attention thanks to social media. What's missing here is a certain awareness and humanisation. The fact that a person is transgender, has not yet been normalised, but is still a kind of exotic news fact for the media. What's important in this situation is the question: what is needed to normalise it? Because it is only when it is normalised, that it can become part of how we identify ourselves as people and society. Now it is still, 'something different'".

What is the most important message that you can give to a newsroom when it comes to better representation of the LHBTI community in the news?
“On the one hand, stay critical and curious. Every journalist is trained to deliver the news as objectively as possible, but you always look through a particular lens. Self-criticism and delving into what's different, is essential. In addition, newsrooms need to become more diverse. We have reached a point where it needs to change, and it is going much too slowly. That's why I am in favour of quotas. I just don't believe it's impossible to find people who are LHBTI or people of colour for a newsroom.”

What does the COC do to improve the representation of LHBTI persons in the media?
“For us as COC it is especially important to enter into the conversation. As an advocacy organisation, it is better to look for the connection instead of pointing the finger. And also to question what is behind it. Quite often you notice that journalists haven't thought about it. Like in the case of Nikkie de Jager, they see that they have a news fact and just publish it. Transferring knowledge through experienced experts is important in this. It is entirely different to write about something you have seen yourself.”

*The Global Media Monitoring Project, 2015
**Cisgender is the term for people who feel comfortable identifying with the gender they had at birth. So a ciswomen is a woman who was born with female genitalia and also feels feminine.
***Transgendernetwerk Mediamonitor, 2019