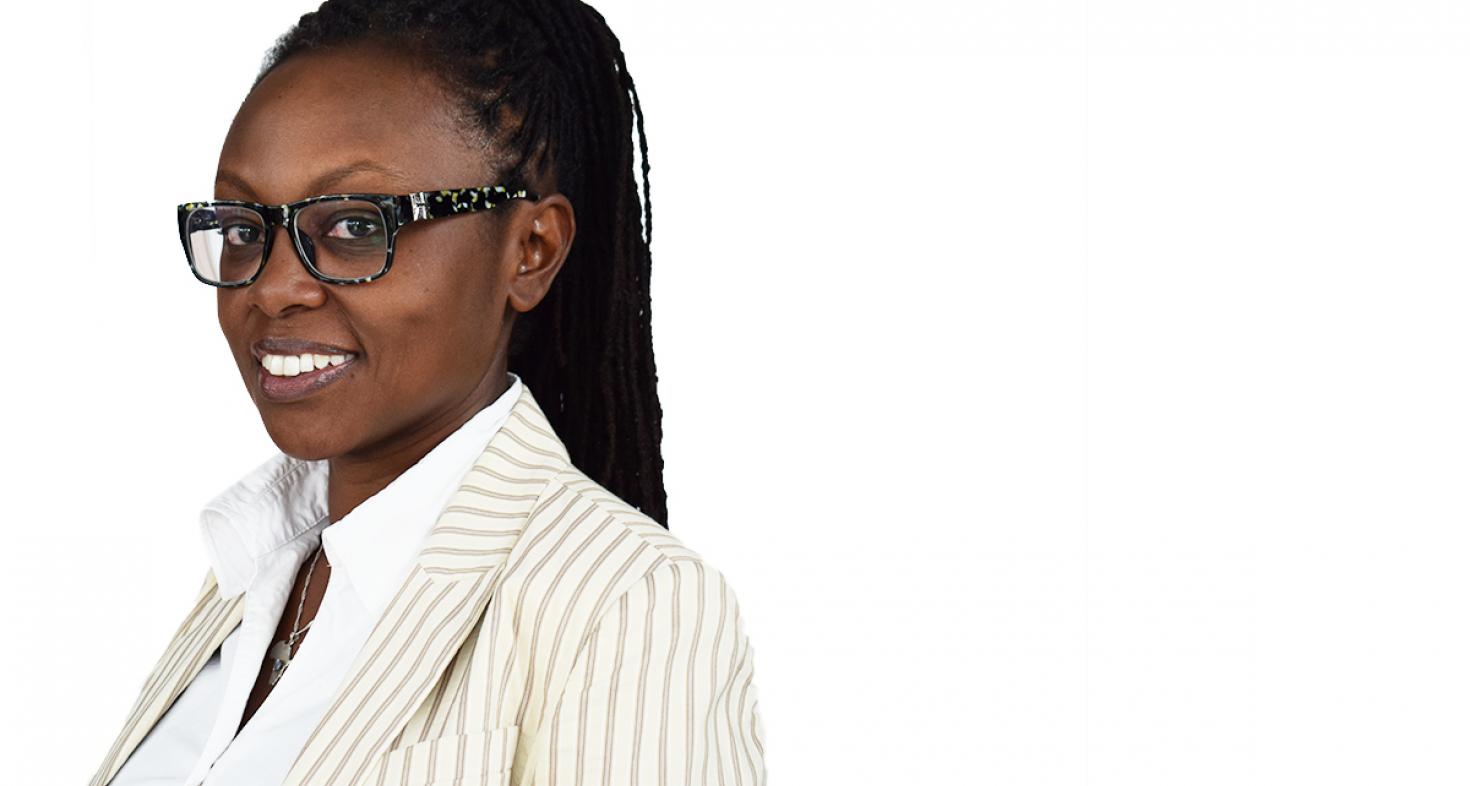 During the Media4Women campaign we share the stories of Gender Equality Champions: women who are already working towards gender equality in the media. Sarah Macharia is the global coordinator of the Global Media Monitoring Project. "Once you look at the data, your mind is re-tuned."

The Global Media Monitoring Project (GMMP) is the largest worldwide study that, on the same day in over 100 countries, collects data on the representation of men and women in the news. The GMMP started in 1995, and is held every five years. In its 25 year existence it has become an important document that helps media, policy makers and civil society to reflect on the progress made towards gender equality in the media. We talk with Sarah Macharia about the trends over the years, what needs to be done to speed up the process, and how to include diversity in data monitoring.

When you look back on five editions of the GMMP, what trends do you see?
“Over the years we have seen widespread underrepresentation, misrepresentation, and marginalisation of women in the print media, TV, radio, and since 2010 also on online news websites and twitter. The issues are common across countries, across regions, throughout the entire 25 years.

We have seen some small gradual changes. Between 2000 and 2005 there was a three percent increase (from 18 to 21%) in women as sources and topics in the news. Between 2005 and 2010 we saw another three percent increase. However, between 2010 and 2015, it stagnated. Another statistic, namely the percentage of women producing news, did not change at all between 2005 and 2015. Across the decade, only 37% of the news was reported on by women. That led us to wonder if there was a global glass ceiling for female reporters. I can say that 2020 is looking a bit more promising. We are noticing some small steps in the right direction. The change is small but it is there.”

What needs to be done to fix the imbalances, and by who?
“First of all at global level, there seems to be a lack of acknowledgement that the media are important in shaping gender norms. Media need to be included in global gender policy so they can play their part in interventions to promote gender equality. At the level of media houses, I think media professionals need to familiarise themselves with the data. Once you look at the data, your mind is re-tuned because the statistics are indisputable. We are not asking journalists and editors in newsrooms to be gender equality activists; we are simply asking for professionalism from a gender perspective. Take the generally accepted journalistic standards on fairness, accuracy, balance, truthfulness, and apply a gender lens. How do they fare? I think a lot of the issues that we see now, i.e. misogyny, sexism, trivialisation of women’s opinions, and unfair representation, can be addressed by simply applying a gender lens to professional journalistic ethics.”

How can media organisations apply data monitoring?
“Newsrooms should consistently monitor performance. These can be simple checks, in the same way that an editor or journalist checks spelling or verifies facts before an article is published. Why not apply a gender check? That's a simple change that can take place; there are plenty of tools out there. Media organisations can visit our platform www.whomakesthenews.org for tips. I think many of the problems can be solved just by paying attention. Do the necessary work so you no longer need to rely on the same five men and their opinions. And stop using the same old sexist cliches when describing a woman.”

How does the GMMP address inclusivity in data collection at a global level?
“In the GMMP 2020 we made it possible for teams to formulate three additional indicators that they wanted to monitor, we encouraged them to come up with indicators that allow for the collection of intersectional data. For example, in Latin-America the teams all decided they wanted a question on indigenous women. However, at a global level, the data is then not solid enough to be included in the general analysis. The same goes for sexual minorities; usually less than 1% of people in the news are categorised as belonging to a sexual or gender minority. We must also keep in mind the context of each country. In some countries there is a general acceptance, but in others it is taboo and punishable by death. This influences the collection of data and is a point of attention for me and the GMMP in the future.”

Did the GMMP team observe any COVID-19 related trends during the last monitoring cycle?
“2020 was a very interesting year for the GMMP. We noticed that inequality, discrimination, and marginalisation have been more acute during COVID. The focus on the inequalities that are present in our society has become much sharper. Will we see an even more severe focus on some issues? We will have to wait for the results, but one thing is certain, reporting in a crisis exposes how the media views those who are ordinarily marginalised, those who historically, have been ignored. I think the results will be quite revelatory.”

The first, preliminary data from the 2020 GMMP will be published around International Women’s Day (8 March). The full report will be available around May 2021.

Sarah also recorded a video message for the campaign