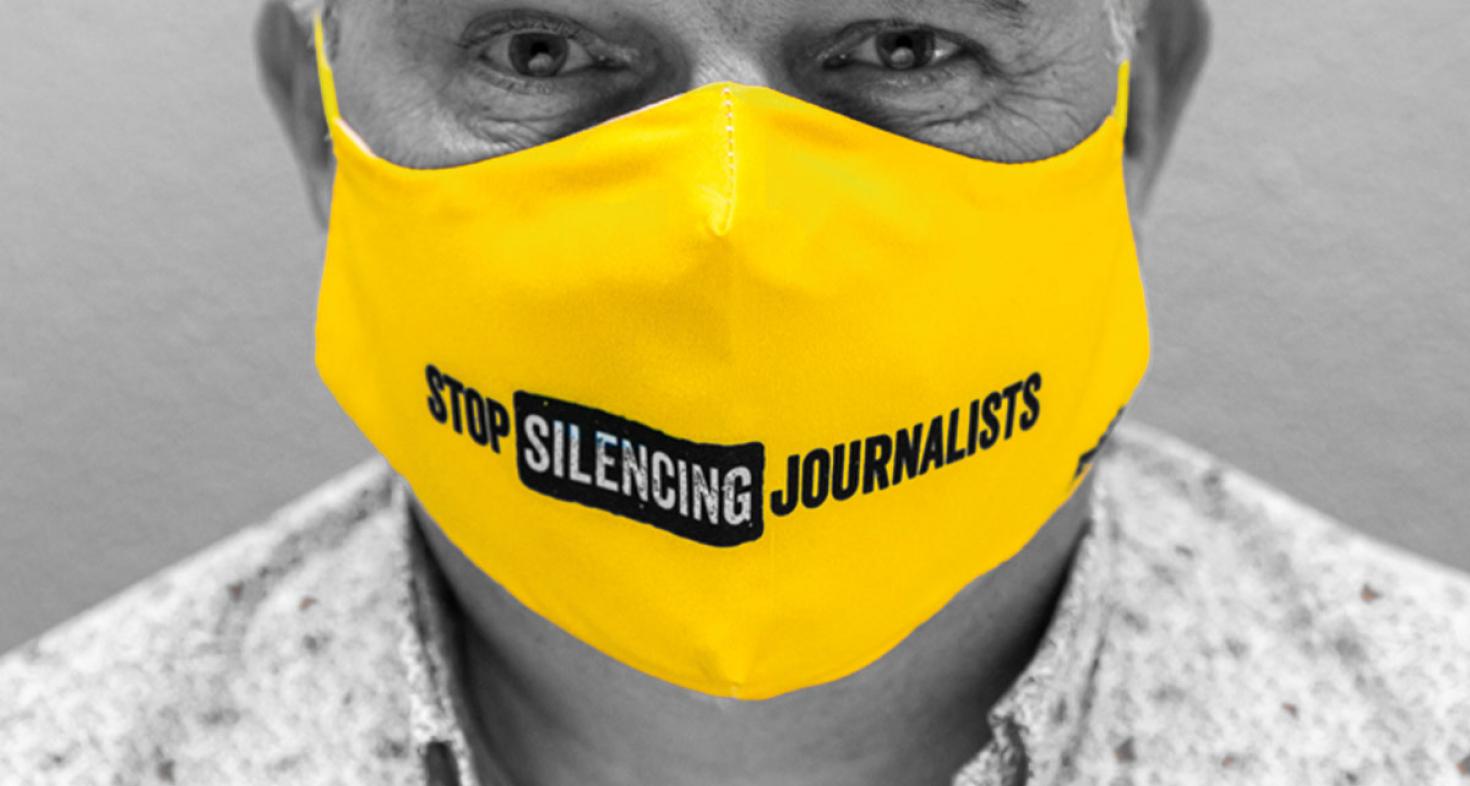 The campaign #UnmaskTheTruth is about supporting journalists under pressure. Part of the campaign involves conversations with journalists that have experienced attacks because of their work, or with people who have helped those journalists. This time we're talking with Okke Ornstein. For years, he has worked as an investigative journalist in Panama. During those years, he exposed a lot of corruption and fraudulent practices.

How would you describe the work of an investigative journalist?
"The goal is to find out something that other people need to know. That can be done in two ways: you get a tip about something that is not above board and investigate whether it's true, or you receive a pack of papers through the letter box and you look for a story in it.

You need resources for this. That's why the laws of transparency are so important, like for instance access to public administration, so you can lodge a request to see documents. That's well-organized in the Netherlands. In many other countries it's not. Then you just don't get them or you are immediately harassed. As an investigative journalist you must be curious, but you also need a lot of persistence and not be afraid.”

Panama is certainly a country where conducting an investigation puts you, as a journalist, at risk, and you've also experienced that. In what way were you impeded?
“I was threatened a lot. I worked with a local journalist on a Panama story about fraud involving government leaders. At one point we were chased, and people showed up at her office and made threats. That was awful.

I was also obstructed legally. I was recently at an event about SLAPP Suits, the accumulation of cases against journalists, like what you see happening to Maria Ressa. They also did that constantly to me. I even had two ongoing cases about exactly the same thing. Even now, I am affected by that. Last December, I won summary proceedings brought against me because of an article that stemmed from my time in Panama. In fact, the legal hassle from that time is still not totally over and done with.”

I also read the term Libel Tourism.
“Yes, you see that more and more. If you post something on the internet, then it can be read worldwide, which means that you can file a complaint anywhere against someone who has published something about you. They tried that with me as well. At one point they had filed complaints against me for libel in multiple countries including Russia and Croatia. It didn't work out, but they did try.”

How have you dealt with these threats and intimidation?
“My strategy was to maintain a high profile, and stay extremely visible. For example, I accepted every invitation to tell a story on the radio. Then it becomes more difficult to do anything because everyone knows you. That worked for quite a long time.”

Until you were arrested in 2016 at the airport in Panama and put in jail, still because of a case that stemmed from 2012. You were sentenced to 20 months in prison, but in the end you were freed after 5 weeks. How were you helped in that period?
“At that time, there was a very good Dutch Ambassador in Panama, who visited me every week in prison. Together with my lawyer, we thought up a strategy consisting of three tactics: the legal path with a lawyer and a request for clemency, political pressure to honour the request and finally publicity pressure.

What I was afraid of, was that attention would wane. If nothing in your situation changes, nothing more will be written about you. That's why quick action is extremely important in that type of situation. Like the support I received from Free Press Unlimited’s Reporters Response fund, with which I could immediately pay a lawyer.”

What did you do after you were freed?
“I left Panama. It became clear that this was the right decision when I returned to visit my daughter, a year and a half ago. After I landed, while I was still on the plane, I was called to report to immigration. There I was taken away and interrogated. I had the embassy on speed dial. They asked me what I was doing there and if I was going to write about them again. I could leave again after 20 minutes.”

You worked and lived for many years in Panama. How did it feel to be back in the Netherlands again?
“Here in the Netherlands journalism is quite different, it is very provincial and turned in on itself. Articles must always have a Dutch angle. I'd like to see that change.

As an investigative journalist, you have to tell a story in an appealing way, which doesn't happen much in the Netherlands. The sensation newspapers in Latin America are generally unreliable, but one thing you can learn from them is the ability to tell an important story in a juicy manner. In northern Europe we don't do that, here it all has to be factual, dry and according to the rules.”

What do you think a good journalistic story needs to have?
“An eye for detail. I also like to read something that is a bit surreal. An example of that is a situation I witnessed in Syria. The high-heeled jet set of Damascus arrived at our hotel in Range Rovers and fur coats for a salsa evening, while outside in the distance you could hear the dull drone of bombs and heavy artillery. You may choose to tell just the story about the bombs, but you can also describe the great contrast that exists. Then you convey the absurdity of what is happening and you tell the whole story.”

What in your opinion is the importance of investigative journalism?
“If you, as a citizen, pay your taxes, you also have the right to know that that money is being spent well. That authorities are not cutting corners with the tasks they have been appointed to do. The role of journalism is to ask critical questions.

If journalists are obstructed, often that is precisely the reason for further investigation. A good example of that is the Daphne Caruana Galizia story [red.: Daphne Caruana Galizia was murdered in 2017 in Malta because she was investigating the mafia]. There is so much still to be investigated. There is no end to stories like Daphne's. When a journalist is murdered, locked up or thrown out of the country, it must be clear that they are not finished with the story. The story must go on."

Announcing the winners of the 2022 Syrian Co-Production Fund!

Free Press Unlimited is delighted to announce Syria Direct and Violet as the winners of the 2022 Co-Production Fund for their collaboration on the ‘ti...

Andrey Boborykin is the executive director of Ukrainska Pravda, one of Ukraine’s most well-read and visited news websites nationwide. Free Press...