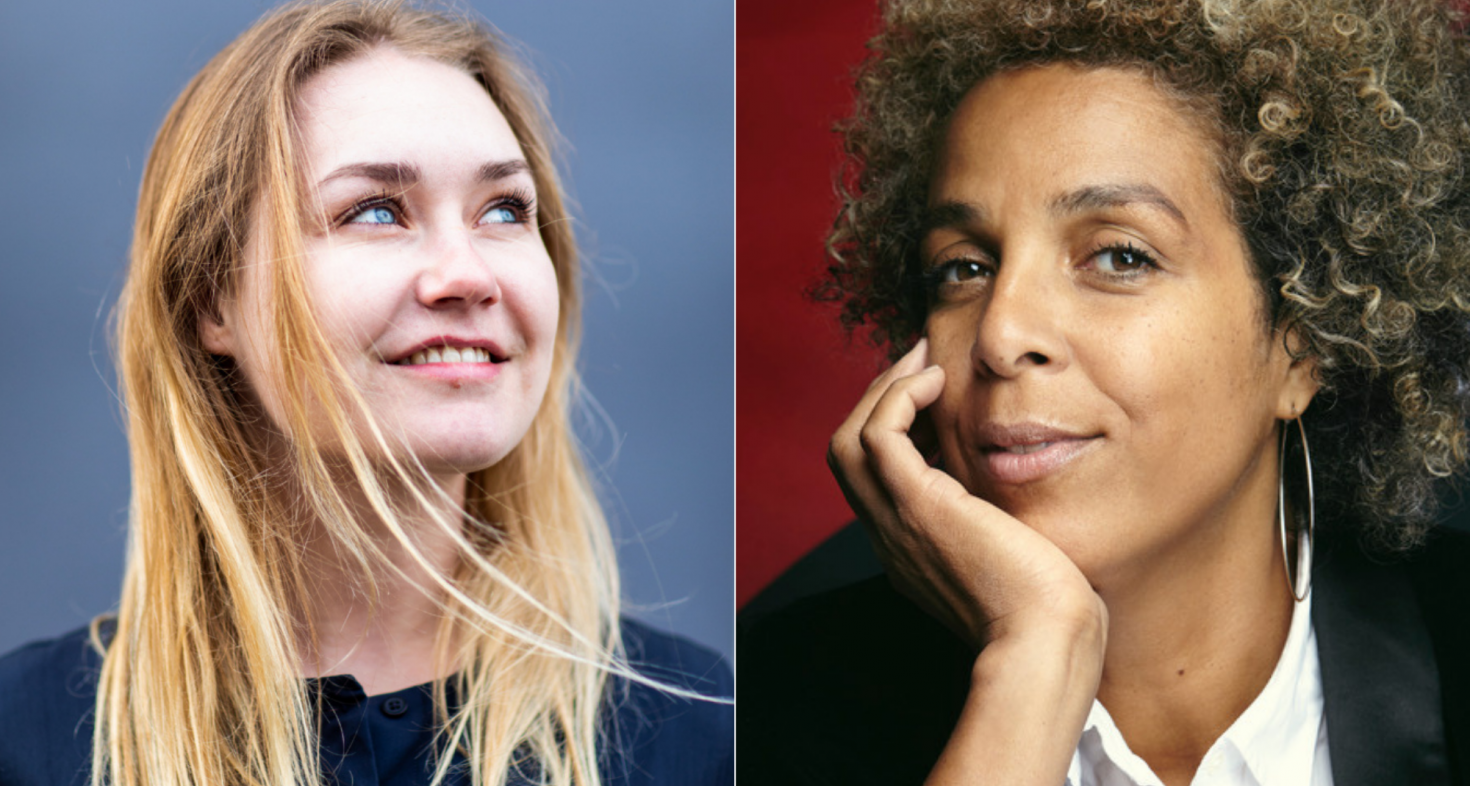 During the Media4Women campaign we share the stories of Gender Equality Champions: women who are already working towards gender equality in the media. Rahel de Vriend and Mildred Roethof campaigned for their aspiring broadcasting service, Omroep EVNS: the first broadcaster for and by women. Mildred: "When you show data, people take your message more seriously." 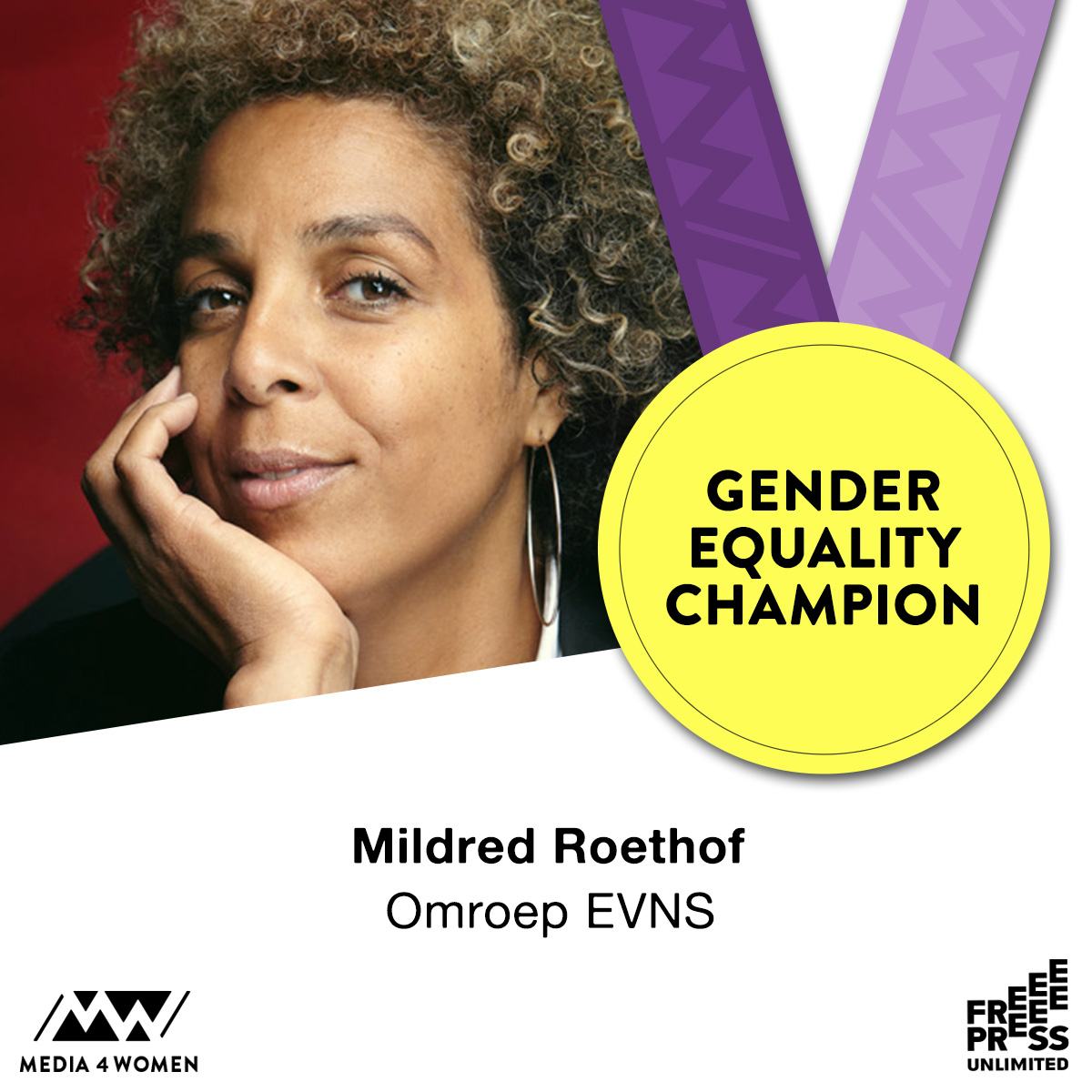 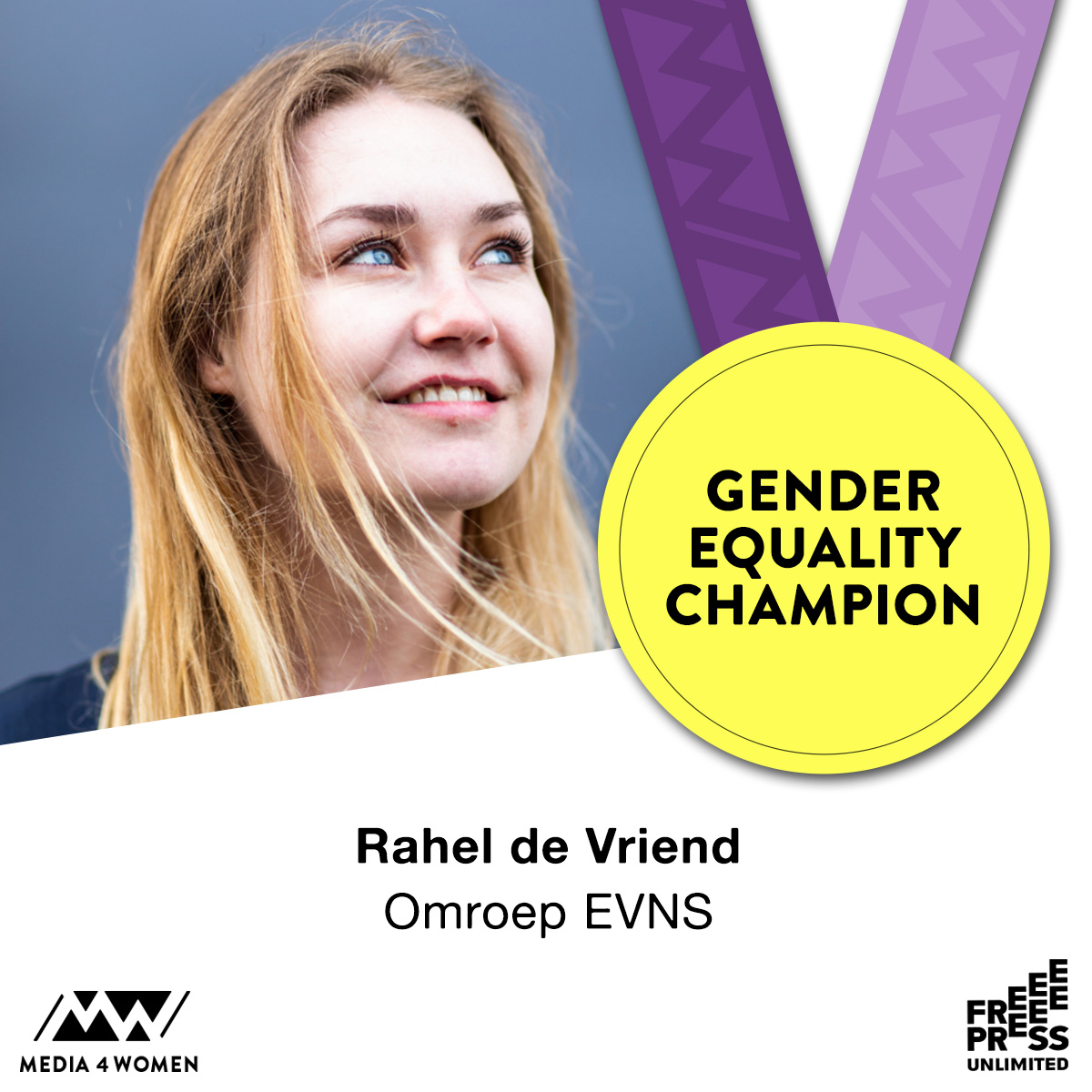 Once in every five years new broadcasters can pitch for a place in Dutch public broadcasting. Rahel de Vriend and Mildred Roethof campaigned for their Omroep EVNS. Unfortunately, they did not achieve the required 50,000 members, but the message is as clear as ever: there is an unequal representation of women in the media and something needs to be done about it.

In your campaign for Omroep EVNS, you frequently used data to illustrate the importance of a broadcaster for and by women. You counted the number of men and women who appeared on the Dutch talk show JINEK in 2019. The result showed 63% men and 37% women. What is the importance of data in addressing gender inequality in the media?
Rahel: “The problem with issues like this is: you don't see it immediately because you are used to what the norm is, which is that more men than women sit at the talk show table. We found that it is more effective to first take the step towards raising awareness, and we did that with data. The reactions were pretty extreme, people were shocked that they weren't aware of this and they wanted to do something about it."
Mildred: “Of course, you support what you say significantly with facts and figures. That was of real added value to us. Initially, the reaction is: is that really true? If you can then produce data, people take the message more seriously. Namely the media, who feel it refers to them.”

One of your ambassadors, Milou Deelen, said that the statistics did not surprise her, but the fact that the poor representation of women in the media is not consistently being discussed did. Is the relevance of fair representation understood in society?
Rahel: “No, not enough, and that is also why the figures are so important. Because, then you're not talking about an opinion, but about facts. Then the next step, which is a huge challenge, is to show what the effect of those statistics is. It is a mutually reinforcing, vicious circle. The moment you don't have women on TV talking about economics, there will be no women talking about economics. That's why this is such an important issue. You shouldn't put women there just because they are there, but also to break the patterns."
Mildred: “Where there is still a lot to be gained, is in the representation of women of colour.”

According to our calculations for the Global Media Monitoring Project in 2020, the proportion of persons of colour in the news was only 9%*.
Mildred: “That is so sad. There's a lot of catching up to do. You also see selectivity in that. For example, when it comes to entertainment, you see more women of colour at the table, but that's it." 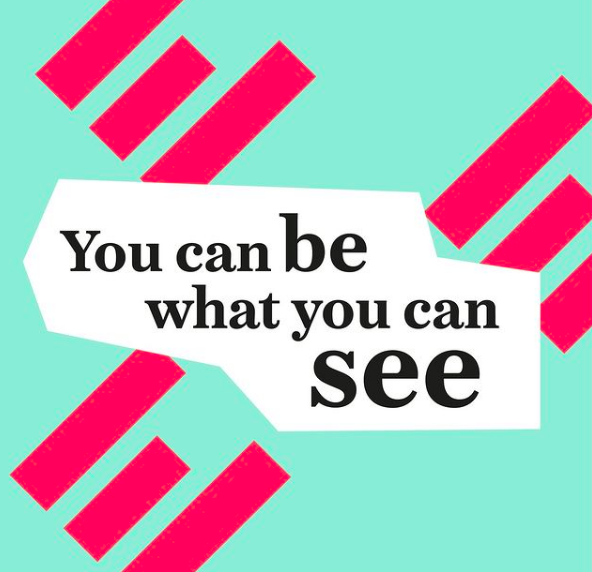 Unfortunately, you did not manage to become a new broadcaster in the Dutch public broadcasting system. How do you look back on the campaign?
Mildred: “The good thing about the campaign, and that certainly gave us a boost, was the group we did it with. In the end, we had 50 women and some men, from a variety of backgrounds and expertise. They felt that urgency.”
Rahel: “Among them, there were also stories from people with disabilities and non-binary persons. I found those very moving. They are seen even less. They were able to tell how intense it was to grow up with a disability and not see that reflected around them in any way at all. And how do you discover that you are non-binary if you never see that as a possibility?”
Mildred: “What I do notice is, when watching TV and listening to the radio right now, the number of women really has changed. In almost all programmes you see a tendency to have women at the table more often. As a result of our campaign, it is getting more attention and that's a good thing. The question is, however, is that just for now, or is it really going to continue?”

How to proceed, what can be done to ensure that this continues?
Rahel: “Newsrooms really need to see the importance of the choices they make. The effect of seeing so few women, or not in certain roles, is gigantic. That puts women at a disadvantage. As an editor, the moment you really see this, perhaps you'll handle an issue differently.”
Mildred: “Mid-January, we had a conversation with NPO (Dutch public broadcaster, red.) director of video, Frans Klein. We offered him a proposal for a format in which all our ambassadors could be involved. I am really curious to see when and whether that will be redeemed. As far as I am concerned, that will be telling. If we are pushed aside, that says it all. Then the urgency is not being felt within the NPO. That would be really sad because it offers a chance to work on structural change. It is extremely important that we all continue to put this issue on the agenda in order to bring about this change.”

*These statistics come from the Global Media Monitoring Project (GMMP), the largest worldwide study that, on the same day in 145 countries, looked at the proportion of men and women in the news.