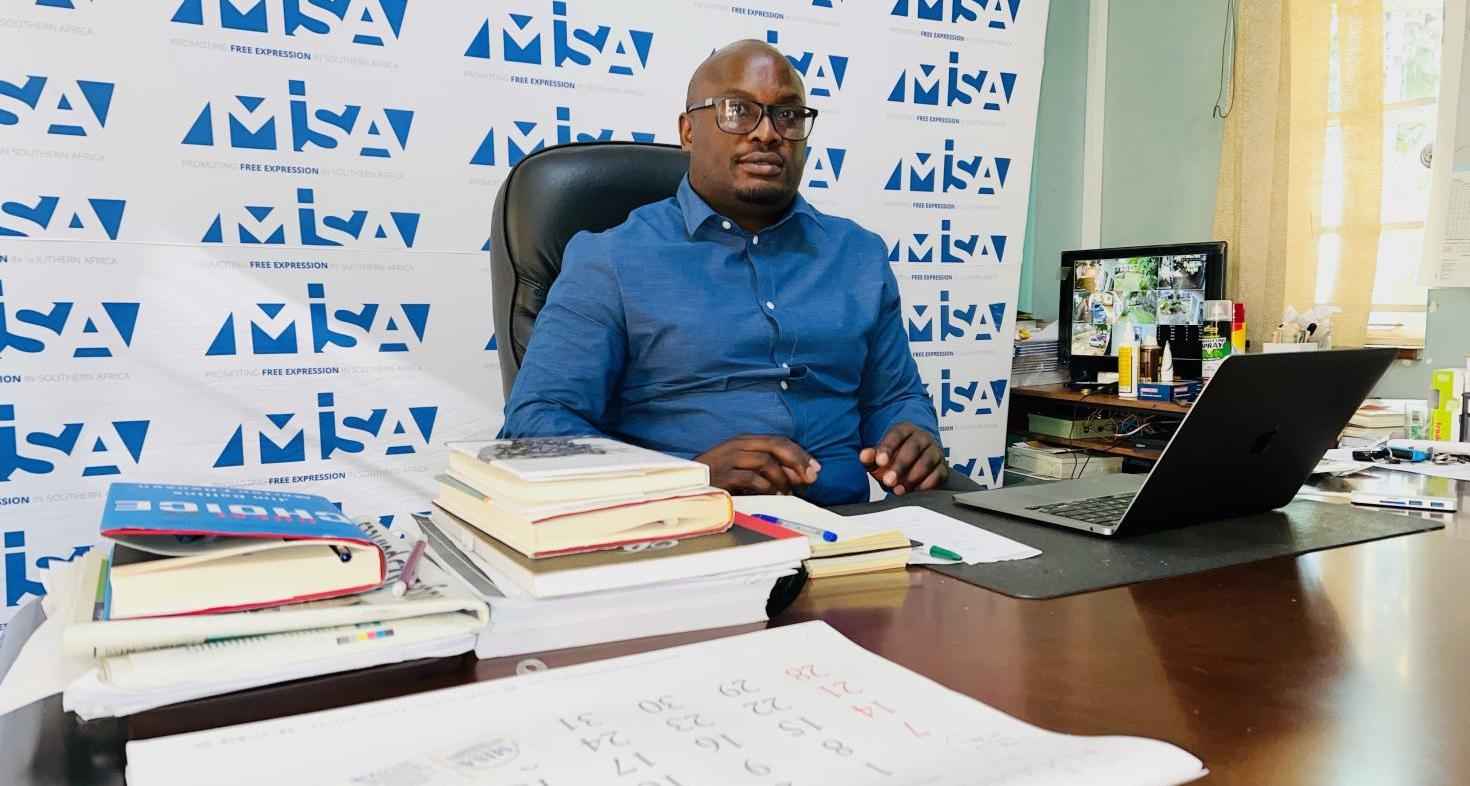 Safety of journalists in Zimbabwe: Impunity and sunshine journalism

In our current campaign we raise awareness on safety of journalists worldwide. The difficulties that journalists are facing in countries such as Ukraine and Afghanistan have become painfully clear, but what is it like in other parts of the world? In a series of stories, we speak to experts from different countries to find out. This time: Tabani Moyo on Zimbabwe.

Tabani Moyo is the Regional Director of MISA (the Media Institute of Southern Africa), a partner organisation that Free Press Unlimited that supports journalists in need in Zimbabwe and Southern Africa region. The state of press freedom in Zimbabwe is precarious, and even Tabani himself has been under threat for helping journalists.

How would you describe the current situation in Zimbabwe for media and journalists?

Now that we are gearing towards the 2023 elections, we see an upsurge in the number of attacks and arrests of journalists at the same time that political parties intensify their campaigns. But police and other security forces are also trying to impose their authority by targeting journalists.

In Zimbabwe, I think it suffices to say that for the past ten years, despite efforts from international bodies such as the UN, not a single person has been held accountable for crimes against journalists. And currently, from January to now, we have recorded close to 30 cases of journalists that have either been attacked or arrested.

"For some laws that came into existence 40 years ago, not a single conviction has been made. It's just about arresting and holding journalists in long pre-trial detentions."

What role does the justice system play in the safety of journalists?

Impunity for crimes against journalists sets a dangerous precedent as it allows perpetrators some leeway to continue on that dangerous route of making journalists easy targets. We also see questionable laws being installed, such as the Cyber and Data Protection Act, which has already led to four journalists being arrested based on accusations that these journalists report falsehoods. And there is the Criminal Law (Codification and Reforms) Act, which is being amended so that criminalizes any person who engages with an embassy without government authorisation, including journalists.

With these laws, they are intruding on the space for media to work in. And for many laws, it is not even about conviction. For some laws that came into existence 40 years ago, not a single conviction has been made. It's just about arresting and holding journalists in long pre-trial detentions. This has a chilling effect that makes journalists stop writing on a certain topic.

And if it’s not in court, journalists risk being attacked while doing their work on the streets. Even more so during the elections, because the stakes are high. We see journalists getting caught in the line of fire. For example, when they are covering protests, they are beaten up despite the fact that they have accreditation cards that show that they are journalists. Journalism is treated as a crime.

So does the issue come from within the political system?

Politicians want the media to perform ‘sunshine journalism’, meaning that they want journalists to paint a rosy picture of what they are doing or what they think is a success story. If the media fails to do so, for them, the function of journalism changes from being a critical pillar in society, towards that of challenging power. And their response is then to crack down on it, as it is seen as a threat.

So they have no real understanding of the role of the media, except the convenient role that they want to attribute to it. That it must, in a way, serve the whims of the politicians to broadcast messages that propel their political fortunes.

So how does MISA respond to these attacks on journalists and these challenges that you just talked about?

We have a responsive mechanism that consists of five strategic pillars. We have a partnership with Free Press Unlimited under the first pillar: media defense. When a journalist is attacked or arrested, we are the first to rush to the scene to try and help these journalists get legal or medical support. But because of the scope of the challenges, MISA is not equipped to respond to all of them. So we provide a first aid type of intervention, and partner with Free Press Unlimited if the matter requires more scale of support, give the organisation’s rich history in that regard.

I think the support we provide has improved over the years with the support of Free Press Unlimited. When our members face attacks, we now immediately see the sort of support that they need. For example, we had four journalists who were attacked in Gokwe a few months ago. With Free Press Unlimited we mobilised support so that they could get their mobile phones back, and proceed with their work, on top of providing medical support.

The other pillars revolve around challenging laws that attack journalists, engagement with the police, running campaigns and evidence based advocacy.

You also received threats yourself because of your position and the support you give to journalists in need. Can you share something about that?

MISA being the vehicle that defends freedom of expression and press freedom means that it can also be a target for attacks. As we go towards elections, it is key to invest in the security of both the MISA Offices and personnel to ensure that the organisation continue to do its critical work under difficult circumstances.

We do receive threats, but that comes with the role of defending press freedom. But over the years, we have braved them.

What more is needed, do you think, to create a safer environment in Zimbabwe for journalists?

Zimbabwe is a complex country where the attacks on journalists are not as pronounced as those in Afghanistan or in Ukraine. Yet they are a danger to the survival of the media in the country because they are aimed at creating a chilling effect that stops journalists from speaking the truth. But it is not that visible. It is happening through the most systematic, structured assault, which includes the law and surveillance. With that in mind, there is a need for continued flexibility in terms of interventions, and we need to reduce the time it takes to respond to emergencies.

Besides this, we need to look beyond the individual journalist, and look at what the needs are of the organisations that are defending journalists. Because they are under strain too.

"There is a trend of journalism being under fire in southern Africa."

We have a presence in seven countries in southern Africa. In August 2020, the heads of state of Mozambique concluded that they were going to have a strong hold on the use of social media. And that led to cyber security laws in the entire region, that were restricting social media platforms, and with that restricting how media and citizens exchange information online as well. This is a common trend we see across the seven countries we work in.

Meanwhile, the Malawi government has canceled the licenses for 30 broadcasters who were accused of not being able to afford the fees. This is a structured and systematic way of targeting the media. The journalists who are seen as highly investigative and not conforming to the ruling elites, coincidentally end up failing to pay licenses and being closed.

The ruling party in Botswana utilised the COVID pandemic to come up with fake news laws. This lead to journalists being arrested for publishing fake news, and whether something is fake news is decided by the government. The same has happened in South Africa, Zimbabwe, Zambia, and Malawi. So there is a trend of journalism being under fire in southern Africa. There is a need for scope and scale in terms of building safety nets that respond to this dire situation. As the media is grappling with the issue of sustainability post the ravage caused by the pandemic, the assaults on journalists make the job even more complex and difficult for media houses.