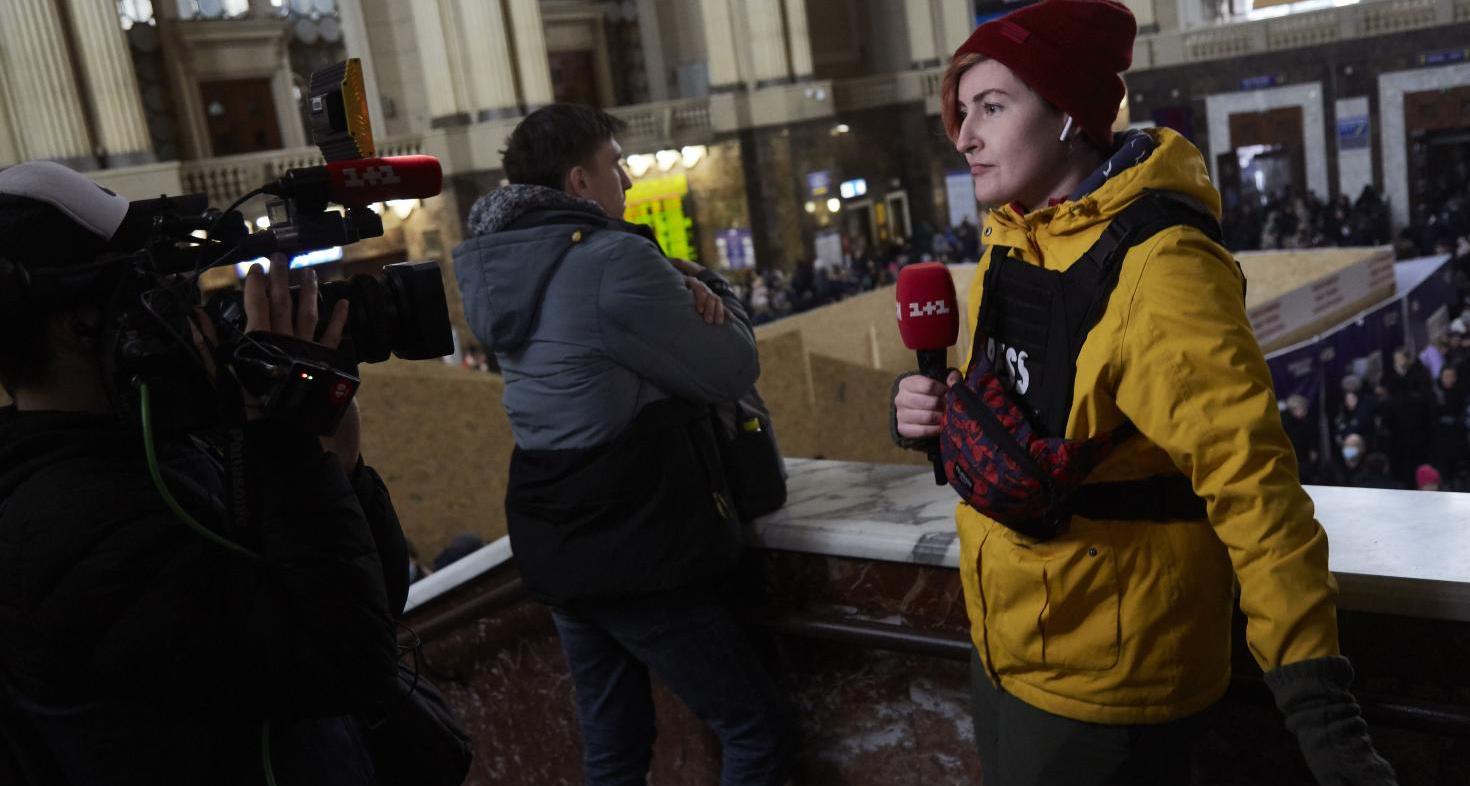 For a journalist, publicly publishing and voicing their opinion is part of their job. Yet, many times this is accompanied by an endless number of online comments filled with slurs and threats. Targeted dis- and misinformation and smear campaigns against journalists are part of the “new normal”. Things get worse when gender is at play. Some learn to live with this, but should we accept this “new normal?” With whom and how can we change this trend?

The safety of journalists is essential for the media to fulfill their role in uncovering and bringing the truth to the public. While many journalists experience violence, women and gender non-conforming journalists are double hit: because of their work, and because of their gender. Research shows that while media largely remains a male-dominant field, women experience higher incidents of violence when they are working in the field, posting their content online, engaging on social media platforms or even from within their own newsroom. 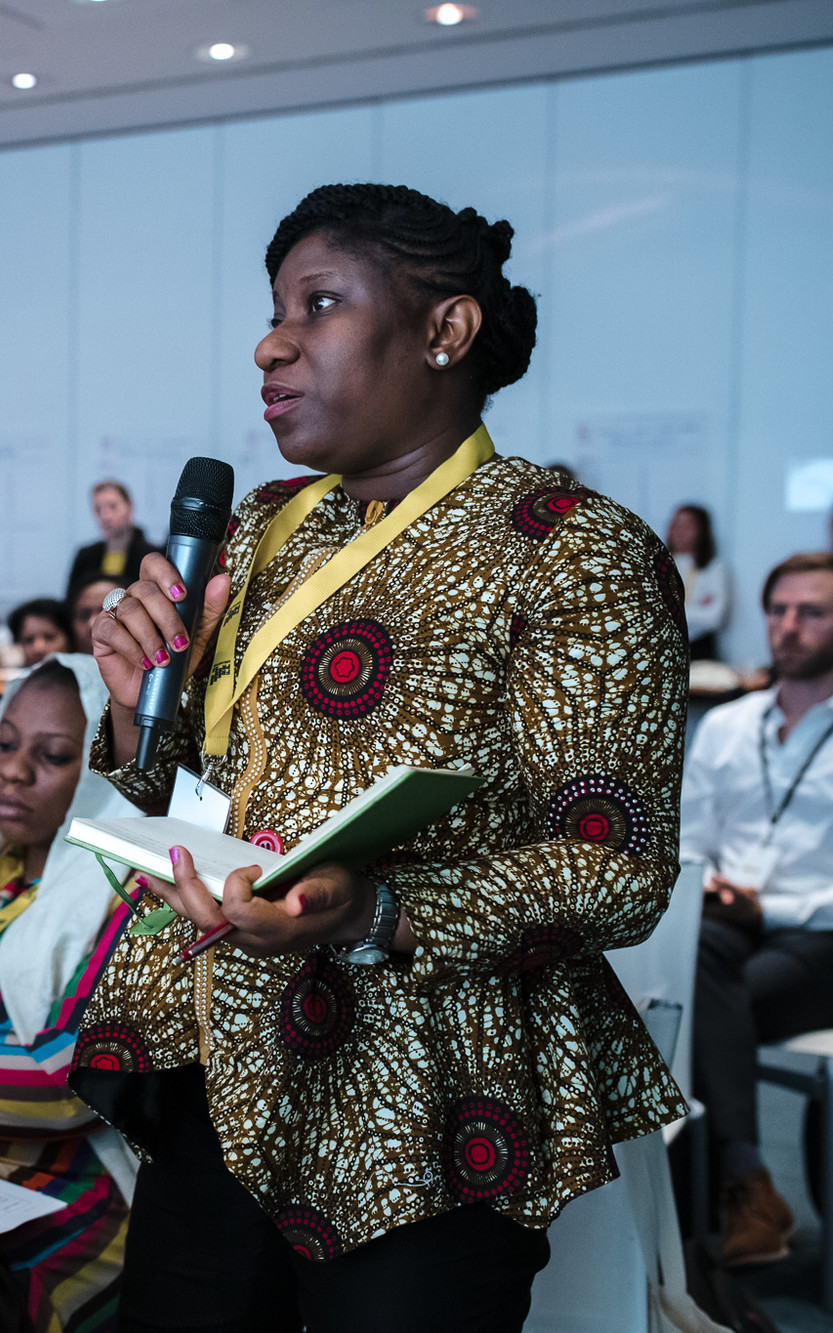 Many studies and surveys expose the high levels of pressure, intimidation and (online, physical and/or sexual) violence women in the media face. A WAN-IFRA study conducted in 2020 among 80 media organisations in 15 African countries found that almost half (47%) of women respondents, compared to their male counterparts, had been sexually harassed at work. One in two women (56%) said they were verbally harassed, one in three women (38%) reported physical harassment. One in two (50%) gender non-conforming individuals had been verbally harassed, and one in three (36%) had been physically harassed.

The statistics are appalling, but they do not tell the full story of those affected by hatred, misogyny and intimidation in their professional and private lives.

For Free Press Unlimited, 2021 was unprecedented when it comes to requests for emergency assistance received from journalists across the globe. Last year, Free Press Unlimited, together with our partners, brought hundreds of Afghan journalists and their families to safety. Among them many women. This worrisome trend of journalists fleeing from crises continues with the unprovoked war Russia started by attacking Ukraine on February 24, 2022.

Physical attacks, online harassment spilling into real life threats, intimidation and even murder, continue to happen in epidemic proportions for women journalists. We see how social media can be used to instantly deliver vital information to its audiences, but can also be weaponized when used by trolling factories and bot accounts for the purposes of propaganda, even in countries free of conflict.

Earlier this year we asked Irene Khan, the United Nations special rapporteur on freedom of opinion and expression, to offer her view on the topic of safety in the media. She said: “One of the biggest challenges are the threats that journalists face. The safety of journalists is under attack, and with that the editorial freedom of the media and pluralism of media. And not just in autocratic regimes, we also see a backslide in democratic countries. Free and independent media are a pillar of democracy, therefore democracy is under threat.”

How can we change this trend?

A starting point would be the media themselves, having their own duty of care. Some of the measures they can take are to develop gender equality policies; working procedures to guarantee that workplaces are diverse, inclusive and free of all types of discrimination and harassment. These should offer as much support and specific arrangements as needed to make sure staff is safe, online and offline. This includes regular opportunities for staff to follow training that will equip them to deal with online violence and physical (un)safety. Further steps include developing sexual harassment policies and adequate formal and informal complaint mechanisms for women in the media. Denouncing online harassment and offering public support to staff and freelancers who are impacted by online violence can potentially break the cycle of abuse and impunity.

Every incident of (online) harassment has an impact on the emotional and physical health, and the professional work of women in the media – including self-censoring and even quitting journalism altogether. The media need to make sure there are policies and mechanisms in place that help prevent and deal with all types of harassment that women face, online and offline, so women in the media are safe when carrying out their professional duties.

Even before Covid-19 we were working and interacting increasingly online. The pandemic made us reconsider our working practices and pushed organisations, including media, to adapt their business models and rely more on all sorts of online platforms to promote their products and services. Online spaces are arguably the least regulated spaces, where one click can bring you a bucket of online violence fueled by toxic masculinity or misogyny, where the perpetrators are protected by the anonymity many social media platforms offer, and therefore have impunity for their online harassment and violence.

These attacks can be carefully coordinated and are meant to silence, intimidate and break the journalists, the critics, the opposition leaders. These can be carried out by specific groups as a part of their ideology, or by state actors using trolling, doxxing, stalking, and mis- and disinformation techniques, to name a few.

The most recent report by Kvinna till Kvinna states that 32% of the surveyed women journalists experienced smear campaigns. According to the results of the global survey Online Violence against Women Journalists conducted by UNESCO and the International Center for Journalists (ICFJ) among 900 participants from 125 countries, 73% of women respondents said they had experienced online violence. Of these cases "... the theme most often identified in association with increased attacks was gender (47%), followed by politics and elections (44%), and human rights and social policy (31%)." The sheer amount and complexity of these issues are not to be ignored, for they are also a threat to democracy, and we need to take action.

Pascalle Grotenhuis, Dutch Ambassador for Women's rights and Gender Equality, reflected on these statistics during our recent Media4Women campaign interview: “It's shocking, and at first paralysing, but it also makes me want to push harder for change. For the Netherlands, freedom of expression is enormously important. It's a high priority within the Dutch human rights policy, and we have a particular focus on the position of women in and through the media. The increase in online attacks shows a trend of women who are visible and take up visible roles getting a lot of pushback. It's a big, complicated problem that I cannot tackle by myself, which is why I feel partnerships and coalition building is so important.”

The role of social media platforms

This brings us to the point that the social media platforms, such as Facebook, Twitter, and YouTube to name a few, whose business models are highly dependent on the level of audience engagement, require more transparent data collection and processing mechanisms that help prevent and stop any violent behavior of their users.

All people are biased and have blind spots. When it comes to artificial intelligence algorithms, they are as good as the data they are based on. In other words, unconscious biases of a developer, unless detected and corrected by a diverse team of experts early on in the process, will create a biased algorithm model. Big Data and social media platforms need to eliminate discriminatory data models, make sure that the algorithms used are free of gendered and other types of coding biases, and develop efficient ways to monitor hate speech, and dis- and misinformation online.

In our recent interview Nighat Dad, the lawyer and founder of the Digital Rights Foundation in Pakistan stated: “Many civil society organisations around the world have identified the flaws and problems with these tech giants and their community guidelines, and how they are addressing the issue of online violence or hate speech on their platforms. So, they know the issue, the problem is the lack of willingness and lack of accountability.”

At this point, the way the social media platforms operate does not require them to be adhere to a human rights framework, and the level of transparency and accountability of the technical giants is not anchored in the legislation system. Even though social media platforms can help empower people from diverse walks of life and with different opinions, the unchallenged powers of the social media, and their reluctance to create a safe space for all their users, is problematic.

The role of governments and legislation

Online violence against women journalists is a real threat to their civil rights and freedom of speech, and should be properly investigated, prosecuted and result in relevant punishment, in the same way physical attacks are dealt with. This requires a comprehensive legal framework, and the installment of mechanisms for all levels of law enforcement and prosecution, which must guarantee the protection of women journalists online as much as offline.

Borka Rudić, Secretary-General of the non-profit Association of BH Journalists, based in Sarajevo, Bosnia-Herzegovina, noted: “A big problem is the impunity for online violence against female journalists, and journalists in general. In Bosnia, we have no special legislation related to online harassment. We do have two laws with articles on protecting women rights in public space, but these are not used by judicial institutions as a legal base, when investigating cases of violence against female journalists in Bosnia-Herzegovina. BH Novinari therefore proposed amendments to the law with a focus on criminalising violence against journalists. We sent out these amendments to all responsible institutions, and I hope that they will accept our proposal to improve this legislation, which can then lead to decreased impunity.”

What media professionals can do

Newsrooms have a primary duty of care for their journalists. At the same time, there are some measures and steps media professionals can take to advocate for their rights at different levels. Discuss safety issues with mentors and managers, Works Councils, professional unions and advocacy groups. Professional help should be offered through the newsroom too. Self-care and support groups where one can interact with peers and seek understanding and advice could also be helpful for journalists in distress.

We have seen some successful initiatives in the Netherlands, such as the Dutch organisation PersVeilig (Press Safe). Project manager Peter ter Velde explains: “We monitor attacks by means of a hotline where journalists can report incidents. PersVeilig represents the journalistic sector with the association of editors-in-chief as the employers side, the NVJ as the trade union for the employees, but also the police and the Public Prosecutor. This gives us very short lines, also to authorities, to help journalists. We help journalists with protective equipment that they can use on the street, such as a safety vest, but also at home, such as a camera system. Finally, we also have lawyers who can provide assistance, and a psychologist who can be deployed to give journalists psycho-social support.”

No time to waste

A well-functioning democracy is not possible when journalists are exposed to violence. It obstructs their vital work of providing impartial and independent news to their audiences. Therefore, the safety of journalists, of all genders, is not only an individual concern – it should be a concern and a priority for all of us. Free Press Unlimited shall continue to work towards a media landscape free of violence. And you can help too.

Concluding the campaign as our last champion is Irene Khan, the United Nations special rapporteur on freedom of opinion and expression. “The...